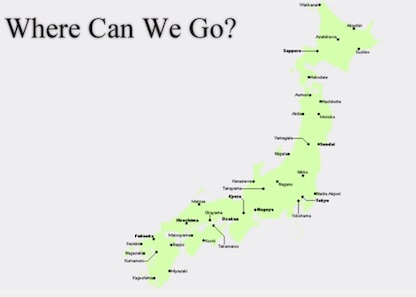 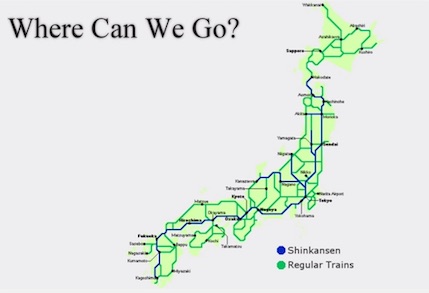 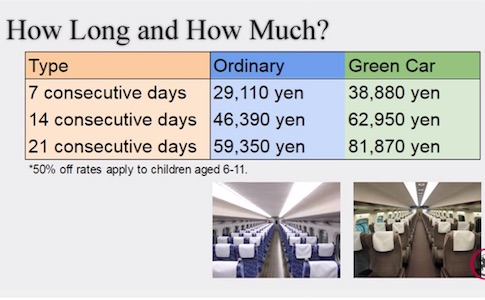 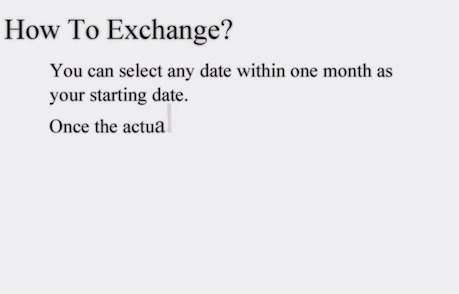 Sambil tersenyum sapalah ~ no harm to be nice 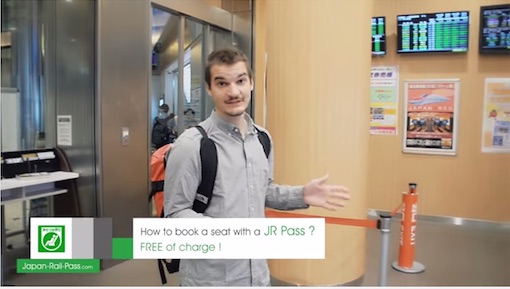 Is It Worth The Cost ~ An Opinian ~ Depend. If you had the time you can take a cheaper alternative.
When Where And How To Buy JR PASS
Narita – Tokyo – Narita Shuttle Bus For JPY1000/pax

Let say you going to Umeda. It show here that it will cost JPY270 from where  you are now.
Take NOTE. 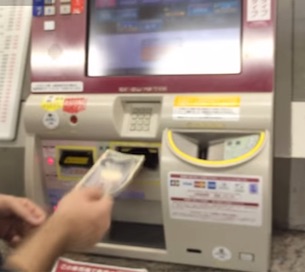 No need to understand the words. Just concentrate on the number. You already know the fare to Umeda right?

Just press the amount that you needed to pay. In this case 270

Tadaaaaaaaa… now you get your ticket without knowing Japanese language.lol
Now you can go out.
Okay dulu untuk kali ini. Kalau saya rajin saya sambung lagi ya.
Sayonara!
JM.
Sambungan
TIPS
JR Yamanote Line Free with JR Pass.
The best way to experiance Tokyo if you are first timer. just board the train with your JR Pass. It will come full circle…. makan angin dulu.
The Yamanote Line (山手線, Yamanote-sen) is Tokyo‘s most important train line. It is a circular line which connects Tokyo’s major city centers. A trip around the whole circle takes approximately one hour.
Even though a single train on the Yamanote Line is roughly 200 meters long, there are departures about every two to four minutes in each direction.
All About Shinkansen The Bullet Trains the fastest way to navigate around Japan.
How To Use Train? Bagaimana Guna Train di Japan?
Guide To Japan Train Tickets
How To Travel From Tokyo To Osaka Osaka has two major city centers and four major train stations. The two city centers are nicknamed Kita (“North”) around Osaka/Umeda Station and Minami (“South”) around Namba Station. While Kita is a large shopping and business area, Minami is Osaka’s most famous entertainment district.
JR Osaka Station is located in the center of the Kita district. Two other railway companies and three subway lines have their own stations in the vicinity of JR Osaka Station, however, these stations are named Umeda Station rather than Osaka Station. The shinkansen trains stop not at Osaka Station, but at Shin-Osaka Station, one station north of Osaka Station by JR train.
In the Namba area (Minami), three railway companies (JR, Nankai and Kintetsu) and three subway lines have their separate stations, all named Namba Station. The fourth of Osaka’s major railway stations is Tennoji Station in the southeast of central Osaka. It is served by JR, Kintetsu Railways, the Hankai Tramway and two subway lines.

See also our separate page about the various passes available for the Greater Osaka Region.
The prepaid IC card available in Osaka is called Icoca. It does not give you any discounts over regular tickets, but it makes the process of taking trains easier, as you do not always need to buy a ticket before riding a train. Icoca cards can be purchased through ticket machines at JR stations. Local non-JR railway companies offer their own IC card called Pitapa; however, Pitapa is a postpaid card that works more like a credit card and is targeted at residents rather than tourists.
Icoca and Pitapa can be used on most trains and buses in the Greater Osaka region (and many other major cities in Japan). Additionally, eight other IC cards from other major cities of Japan can also be used on the trains and buses of Greater Osaka, including Suica, Pasmo, Kitaca, Toica, Manaca, Sugoca, Nimoca and Hayakaken.
The Kansai One Pass is a special version of Icoca exclusively for foreign tourists that additionally qualifies for discounts at various attractions in the Kansai Region. It is available on a trial basis from April 8, 2016 to March 31, 2017 at Kansai Airport and major railway stations in the Kansai Region.
Furthermore, the following one day passes are available for the Osaka area:
…tbc again

There was an error retrieving images from Instagram. An attempt will be remade in a few minutes.